The toe of one of the splayed legs on this dining table pedestal had been broken off on at least two previous occasions and the successive repairs including screwing and later gluing with PVA necessitated a more permanent repair.

The previously glued tip and castor were already off when I received the table and after scrutiny; an earlier repair consisting of three screws slightly higher up the leg meant a considerable amount of the toe had to be removed to get back to sound timber. 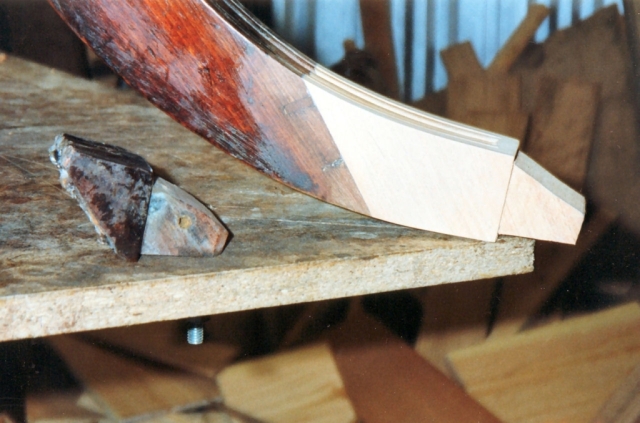 The leg was trimmed and a new piece of mahogany grafted on. 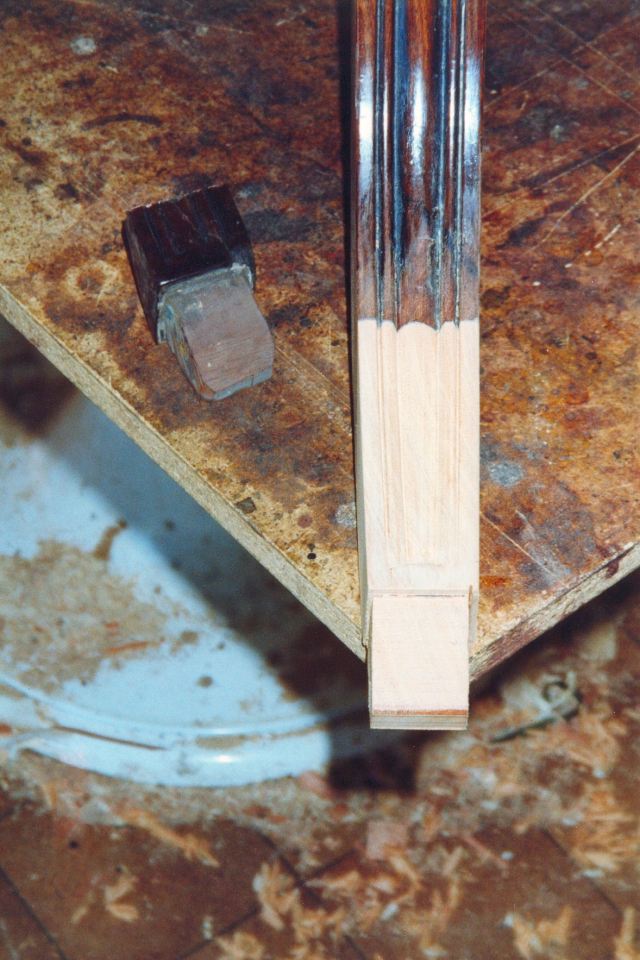 The stopped reed moulding was formed in the new section. 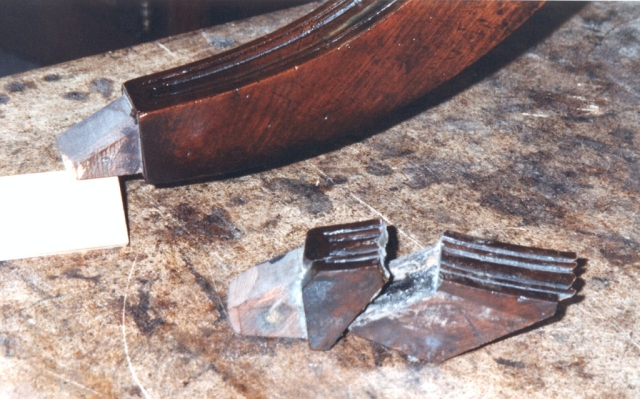 Preliminary colouring was done to blend the new with the old. 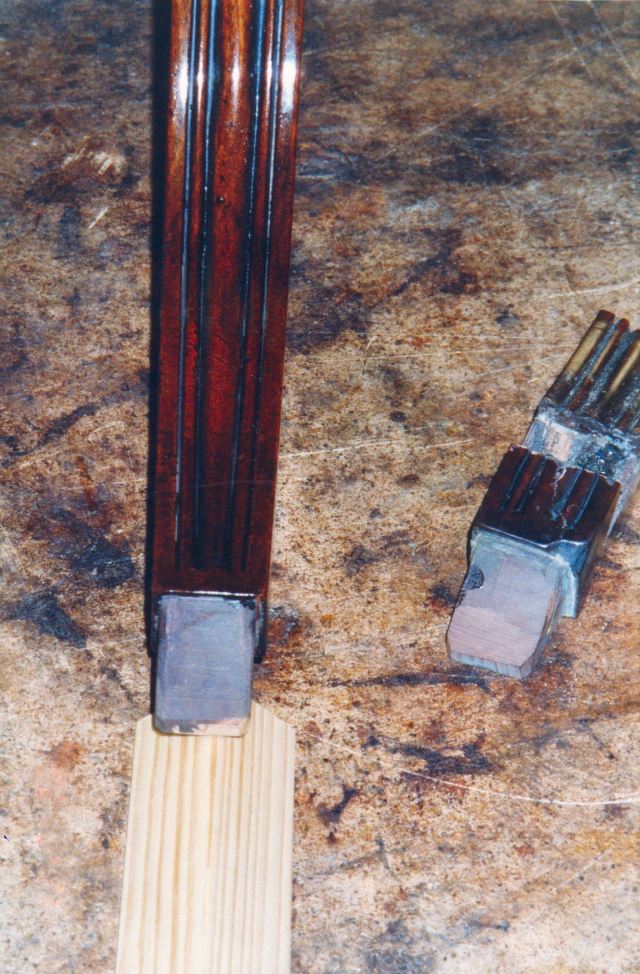 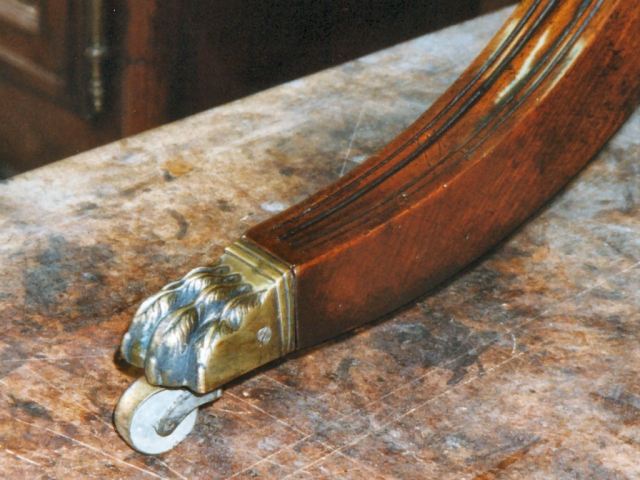 The castor was replaced and the whole table given a good waxing.

Formerly from the UK, Jack is a retired antiques dealer and self-taught woodworker, now living in Australia.
View all posts by Jack Plane →
This entry was posted in Furniture Restoration and tagged castor, dining table, leg, mahogany, moulding, pedestal, screw. Bookmark the permalink.

1 Response to Restoration of a Mahogany Dining Table Leg