The crest rail was sawn from the solid; the front face is vertical, but the back face was tapered to 1/2″ thick at the top using a drawknife and spokeshave. The mortises for the back sticks were bored prior to cutting the top profile. 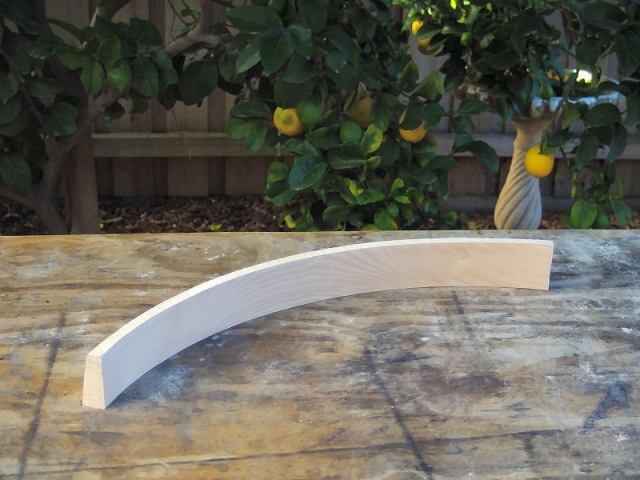 Windsor chairs from other regions of England can be identified by their highly ornate crest rails. On this type of Thames Valley chair however, crest rails were invariably unadorned, or exhibited restraint in their decoration; the ‘bear’s ears’ shape being virtually the only profile employed. On the bandsaw, I cut the bear’s ears profile into the crest rail and then tidied up the edges with a spokeshave and scraper.

When the glue had dried, I trimmed the arm posts and the crest rail pegs and washed the entire chair down with hot soapy water to remove any oily fingerprints and residual glue. 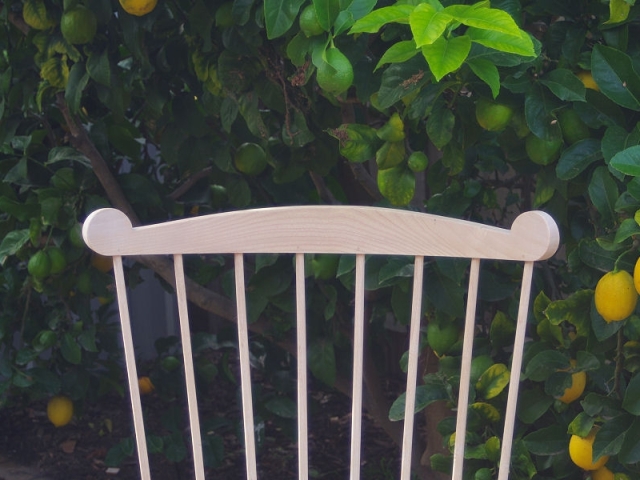 Ready for staining and polishing.

Formerly from the UK, Jack is a retired antiques dealer and self-taught woodworker, now living in Australia.
View all posts by Jack Plane →
This entry was posted in Seating and tagged arm post, drawknife, spokeshave, Thames Valley Windsor. Bookmark the permalink.