The frame has now been stained and all but the top tier polished (the top tier will be hidden beneath the upholstery).

The hinges provided me with a brief headache: The countersinking looked like it was for #2 or #3 screws which would be too small for this application, so I set about making the countersinking deeper which is when I hit a problem. On the first hinge to be modified, the smallest diameter countersink I own came close to fouling the knuckle before the countersinking was deep enough for a #5 screw head, so I had to grind the countersink down to a smaller diameter until it cleared the knuckle. The hinges were then numbered, filed and buffed before being aged in the Bucket of Wrath for a few hours.

I filed the heads of the #5 x 1/2″ slotted steel screws before lightly rusting them, then I screwed the three frames and two ‘horses’ together. The base and first tier were then waxed and buffed.

A total of thirty-two mortise and tenon joints… 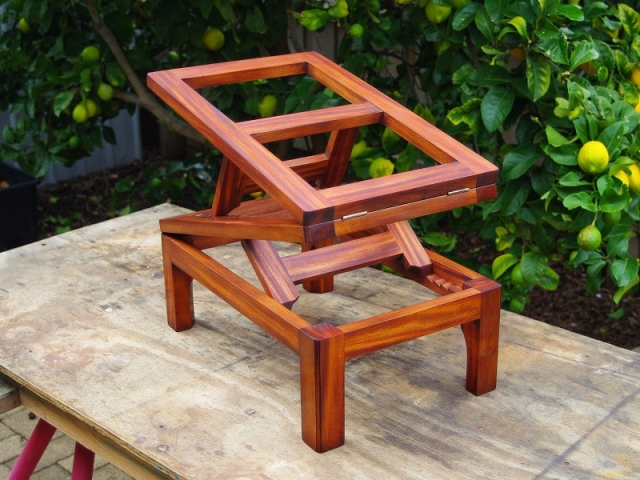 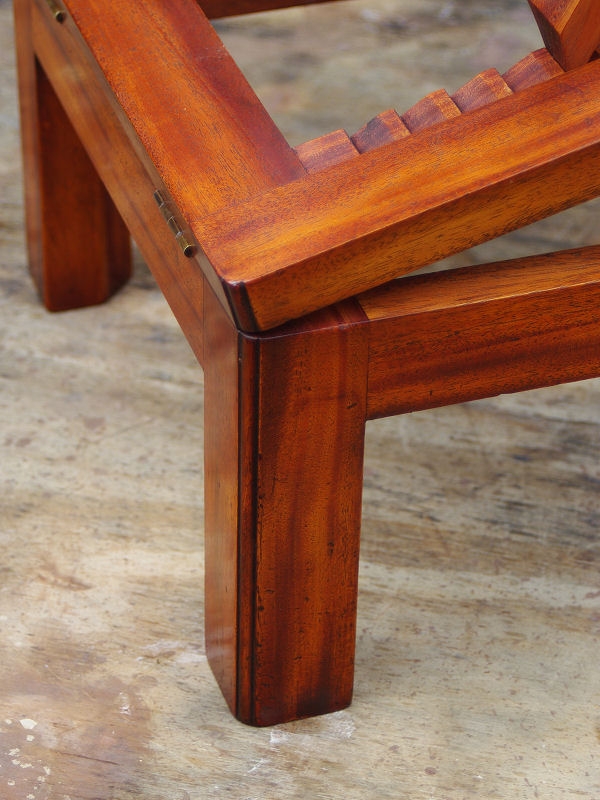 The next step is to tackle the upholstery which shouldn’t take long to complete – assuming the gimp arrives some day soon!

Formerly from the UK, Jack is a retired antiques dealer and self-taught woodworker, now living in Australia.
View all posts by Jack Plane →
This entry was posted in Stools and tagged countersink, hinge. Bookmark the permalink.