This delicate little set of chinoiserie shelves is taken straight from Thomas Chippendale’s Director, published in 1754. 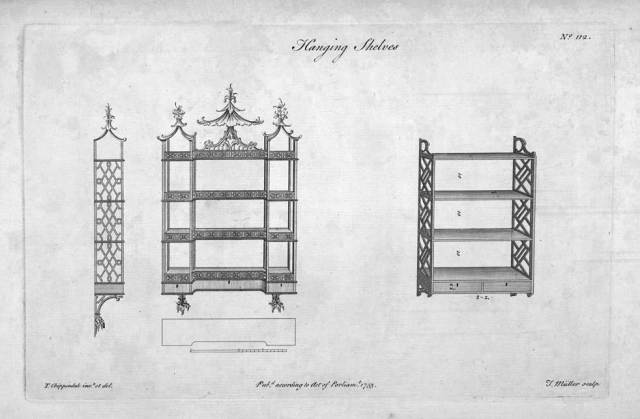 Normally made of mahogany, and often in pairs[1], many ‘Chippendale’ hanging shelves bear only the fleetingest resemblance to his designs (fig. 4) while others are more heavily influenced by, or adhere faithfully to them. Barring the atypical glazed doors, the hanging shelves in figure 2 are a fairly accurate construal of the right-hand delineation from the Director in figure 1. Note the upper and lower fence panels are reversed.

The shelves in figure 3, from Alscot Park in Warwickshire, are attributed to Thomas Chippendale.[2] They were probably made for the then incumbent, James West, at the time of his second remodelling of Alscot (1762-6). Note all the fence panels are reversed. 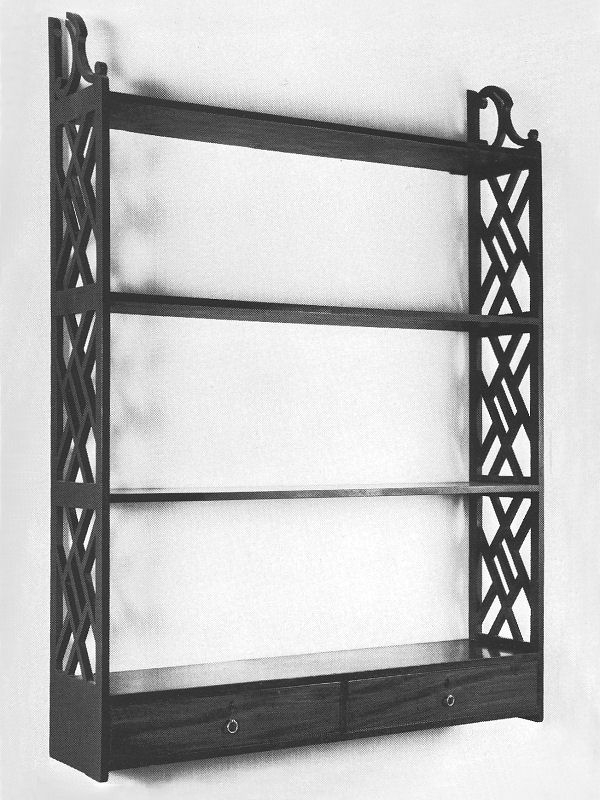 Fig. 3. One of a pair of hanging shelves attributed to Chippendale, circa 1765. (Christopher Gilbert)

The Chinese Fence pattern is a recurring motif in Chippendale’s and others’ work of the period, so when it came to shelf designs, there were numerous interpretations and variations.

In many of the examples I’ve come across, mahogany was favoured for the drawer linings in place of the more usual oak seen in commensurate casework of the period.

Mural shelves would have been quite plentiful at a time, but being somewhat diaphanous, many likely succumbed to being over-laden with books. Chippendale simply describes the shelves as ‘hanging shelves’ and doesn’t elaborate on their intended purpose, but those shelves that survive probably enjoyed less onerous existences displaying cherished objets and porcelain.

William Ince and John Mayhew were unambiguous about the intention for their ‘china shelves’ in their Universal System of Household Furniture published in 1762.

I remember some years ago in the West of England, seeing a very good pair of Chippendale hanging shelves lying broken and neglected in a friend’s boxroom. He saw me eyeing them, and having no particular attachment to them, offered them to me. I was actually looking at them and pitying the person that would, one day, have the arduous task of restoring them. I had a lot on my plate at the time and politely declined his munificence. I’m not so sure I would pass them up today – the pair of shelves in figure 4 sold for £16,900 ($25,685).

I acquired some Fijian Mahogany (Swietenia sp.) – true mahogany – for my set of shelves and have prepared the stock in readiness for cutting the fretwork sides.

Formerly from the UK, Jack is a retired antiques dealer and self-taught woodworker, now living in Australia.
View all posts by Jack Plane →
This entry was posted in Case Furniture and tagged Alscot, chinoiserie, Chippendale, Ince, mahogany, Mayhew, shelves. Bookmark the permalink.