The ash arm- and back spindles were tapered and individually fitted to the seat and arm bow. 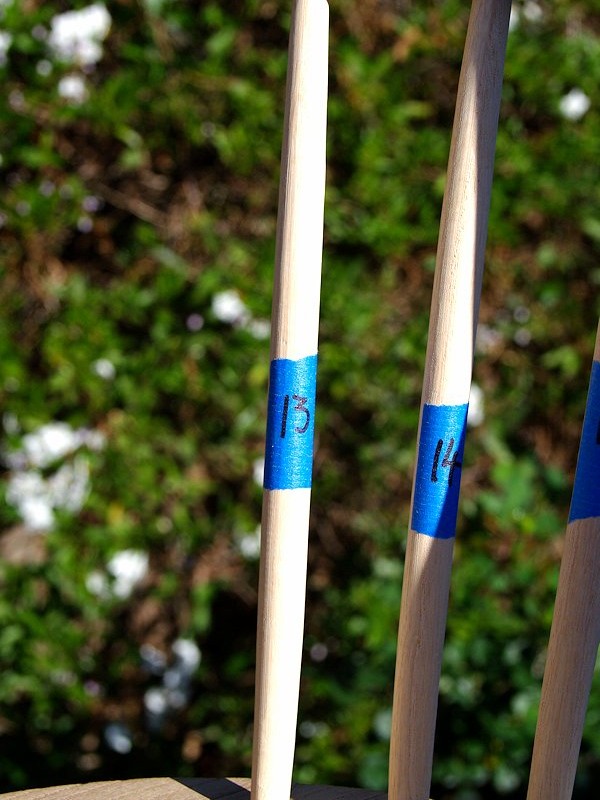 With the arm spindles inserted into the seat and arm bow, I was able to take measurements off the arm to create the back bow. I cut a former for the back bow out of some more of the 15mm plywood and bent the bow which, being only 1″ (25mm) square curved around without a hitch. Virginia tends to believe it was her involvement that subdued this ash stick into submission on the first attempt and I’m not inclined to argue with her… ever.

The back spindles were inserted through the arm and into the seat and measured off against the back bow. 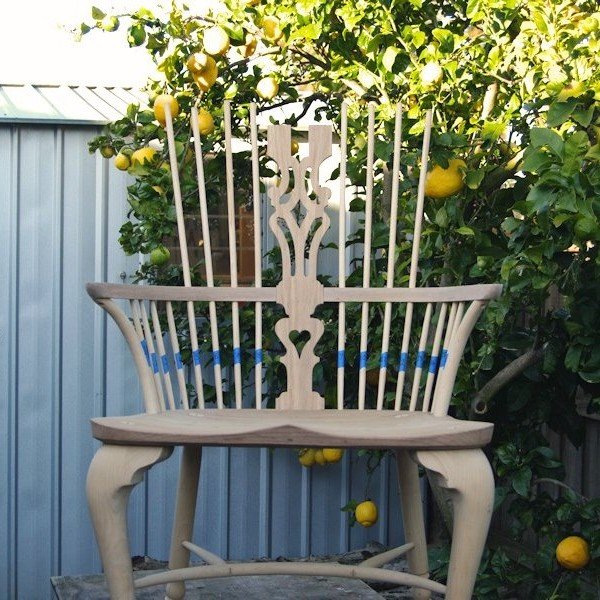 Fig. 2. The back spindles and splat marked in readiness for trimming to length.

The arm posts and arm bow were drilled to accept No.16 x 1-1/2″ slotted steel screws. 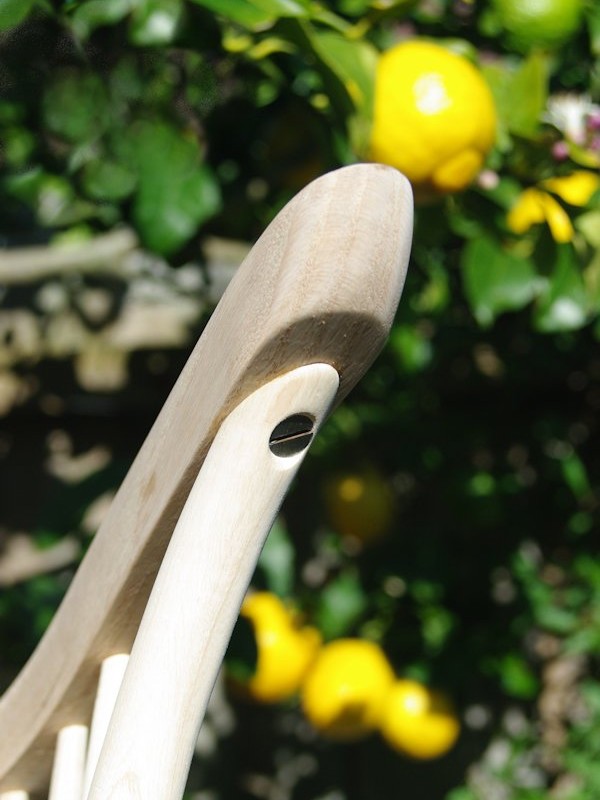 With the back spindles and back bow trimmed to size, I glued the bow’s tenons into the arm, securing them from beneath with a couple of wedges. 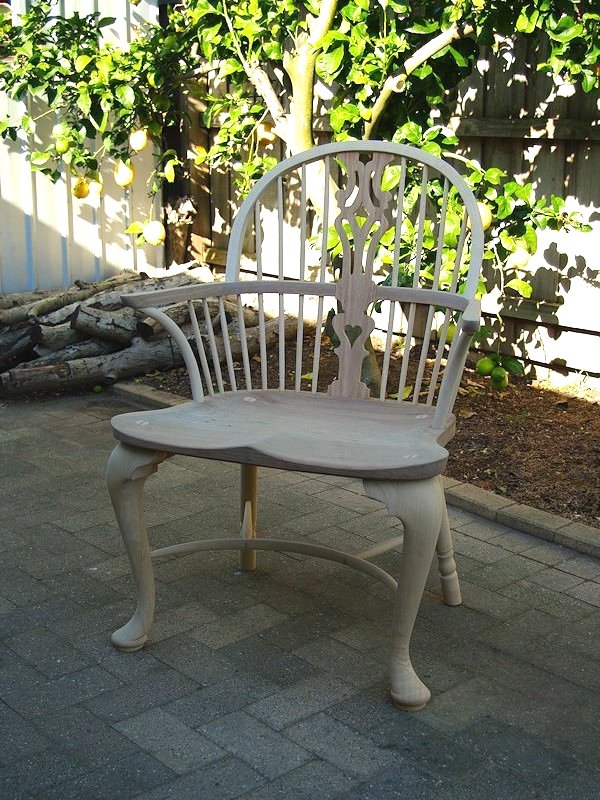 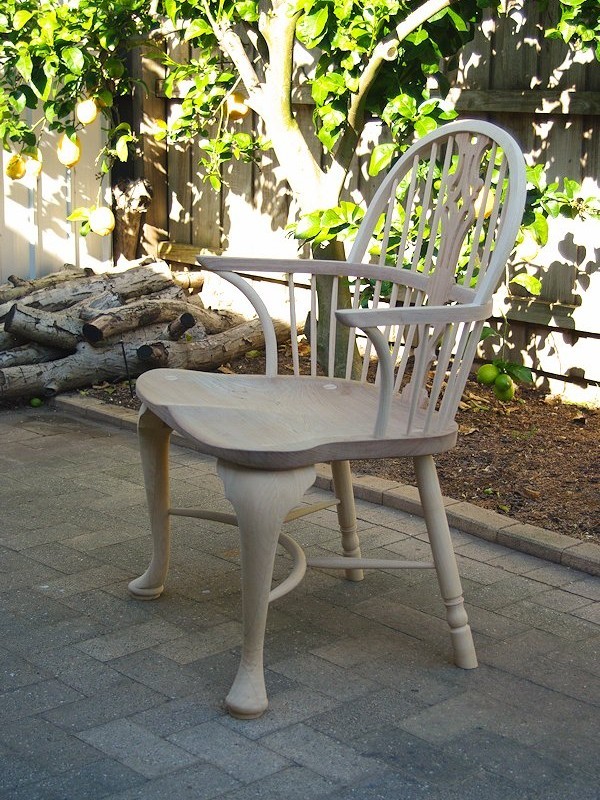 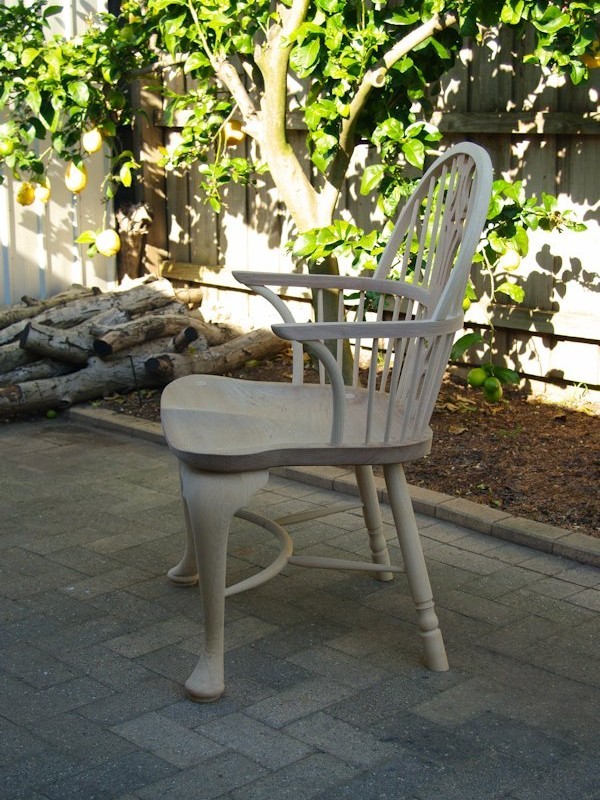 Formerly from the UK, Jack is a retired antiques dealer and self-taught woodworker, now living in Australia.
View all posts by Jack Plane →
This entry was posted in Seating and tagged arm bow, arm post, back bow, double bow Windsor, spindles. Bookmark the permalink.