And the Band Played On

The performance was enthusiastically anticipated by thousands of London revellers, but the event didn’t pass without incident: A stray firework ignited the enormous theatrical wooden bandstand, causing the collapse of an effigy of George II.

Handel stood fast amidst the conflagration, baton in hand, while the crowds fled, fearing for their lives. 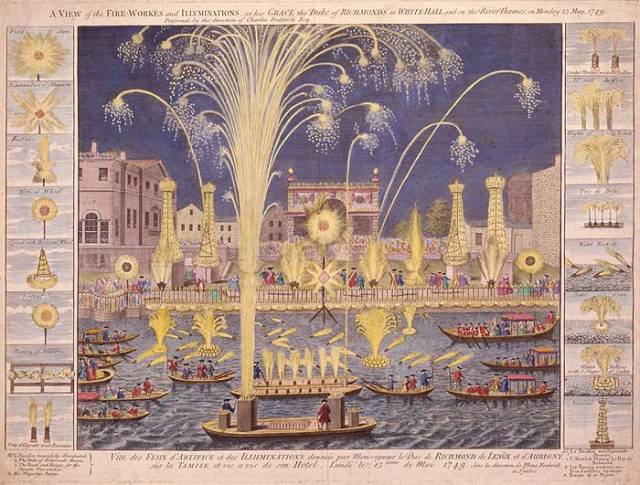 The Music for the Royal Fireworks as performed in 1749.

Formerly from the UK, Jack is a retired antiques dealer and self-taught woodworker, now living in Australia.
View all posts by Jack Plane →
This entry was posted in Distractions and tagged George Frideric Handel, The Music for the Royal Fireworks. Bookmark the permalink.