The pine girandole frame consists of two parts; the main fretted frame, and a thinner, moulded frame that is attached to the front of the fretted frame. 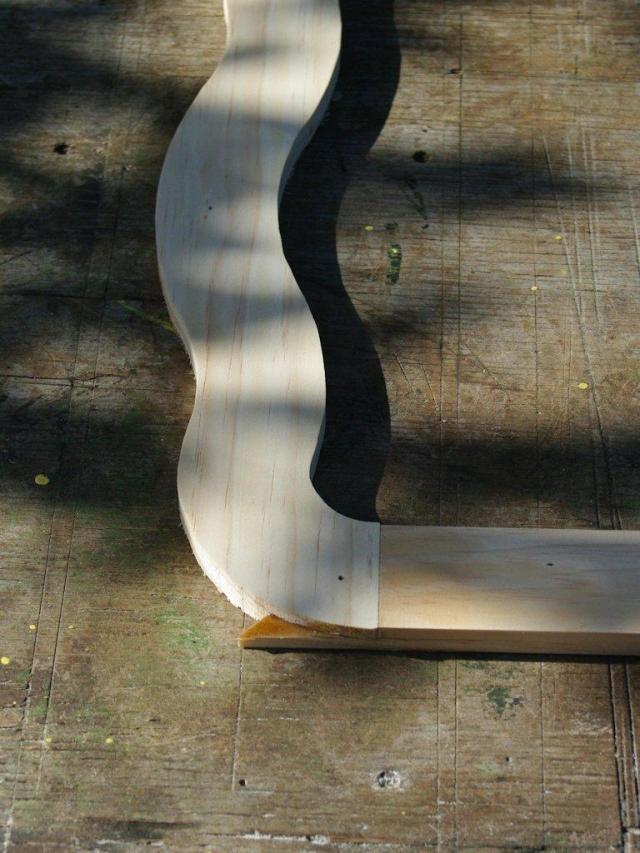 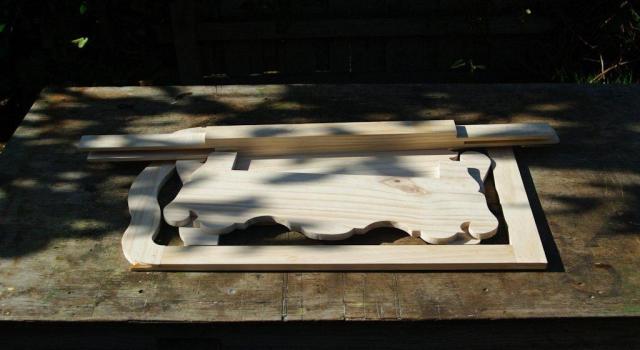 With the frame components assembled and dry, I trimmed the joints, faired the curves and moulded the front frame edges.

The two separate frames received four coats of gesso (fig. 3) before being glued and nailed together.

The assembled frame was given a few final coats of gesso before being made perfectly smooth and gilded (fig. 4).

Formerly from the UK, Jack is a retired antiques dealer and self-taught woodworker, now living in Australia.
View all posts by Jack Plane →
This entry was posted in Mirrors & Girandoles and tagged fretted frame, gesso, gilded, girandole. Bookmark the permalink.

4 Responses to A George I Simulated Tortoiseshell Girandole – Part Two