The chair illustrated below was recently offered for sale by an upmarket antiques dealer who described it as eighteenth-century Irish Chippendale, made from dense first growth mahogany.

Fig. 1. A nice enough, though robust side chair.

Stylistically, I don’t see anything Irish about the chair at all; in fact, it displays features more prevalent in chairs from the north of England and across the border in Scotland (the ‘V’ carved into the knees of the front legs is a frequently occurring feature of Scottish chairs).

It is not uncommon for dealers to bestow antiques with sentimental or utopian origins – especially of Ireland. Although it irks me, it wasn’t the geographical misattribution that caught my eye on this occasion, but the ascribed timber and justification for citing it.

With regard to the chair’s colour, I can see how it might be mistaken for some faded cuts of mahogany, though the unvarying grain and absence of pronounced figure are wholly uncharacteristic of early mahogany. The bland timber employed in the chair’s construction (figs. 2, 3 & 4) is distinguishable as common alder (Alnus glutinosa) which would lend credence to the geographical origin of the chair being the north of England or Scotland where alder was widely employed as a cheap substitute for mahogany…

In Scotland and the north of England, this [alder] wood is frequently used in furniture.[i]

Alder is an unusual choice of material, for this wood is not extensively used elsewhere in the English chair making tradition, and is, therefore, often useful in providing a key to the origin of a particular chair design to the North West.[ii]

In the Highlands, where few other timbers were available, alder logs were sometimes immersed in peat bogs after felling, when they assumed an attractive reddish stain. This “Scots mahogany” was then used for furniture making.[iii] 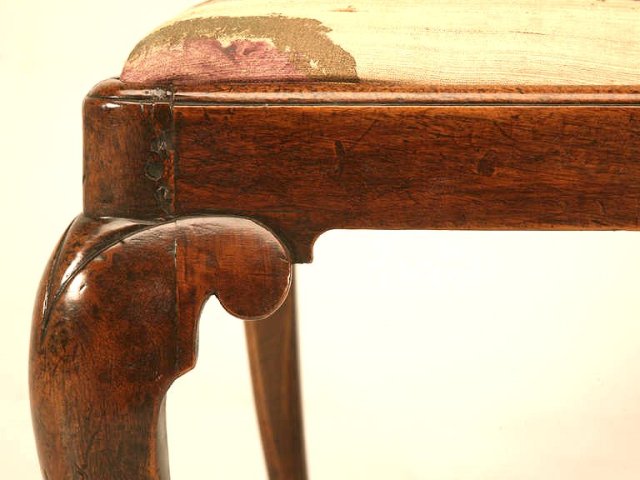 The final piece of evidence in repudiation of mahogany is its resistance to attack from furniture beetle and conversely, alder’s marked susceptibility to it (figs. 5 & 6). 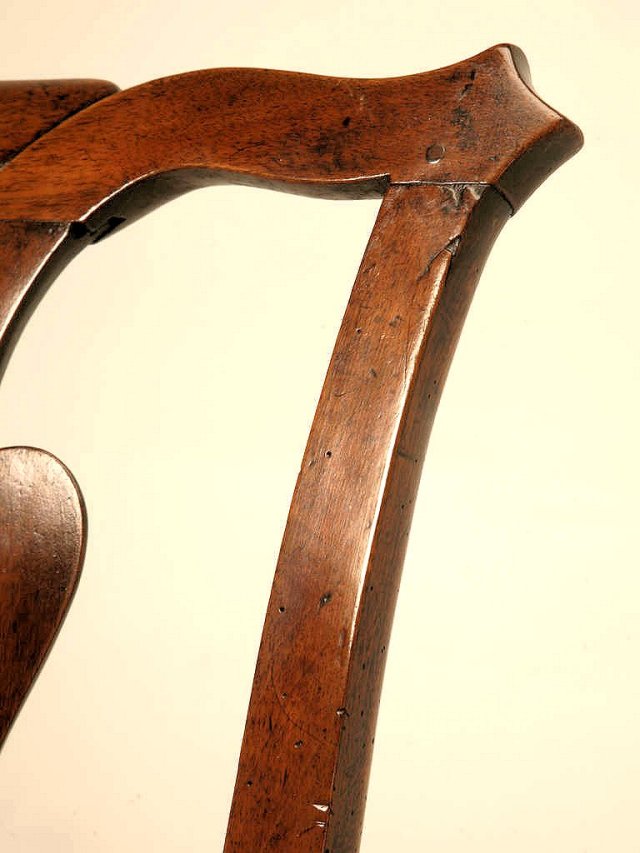 12 Responses to Picture This IX