I recently came across an unusual chest of drawers (fig. 1). The second thing that caught my eye was the unnatural wear to the bottom edges of the bracket feet: It looked like the corner blocks were missing and the brackets had been in contact with the floor for some considerable time with the result their edges were abraded more than one would normally expect. 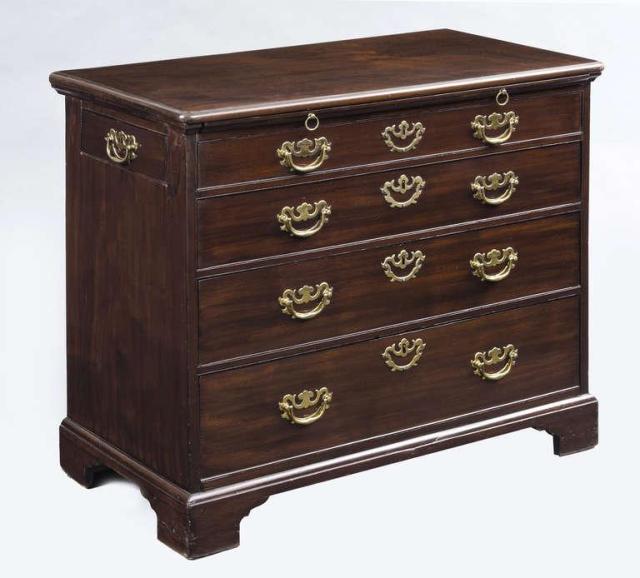 In Bracket Foot Construction, I wrote of a less common and largely unsatisfactory method of foot construction where triangular pieces of pine boards, stacked horizontally, were glued into the corners of the brackets, and how susceptible they were to damage. 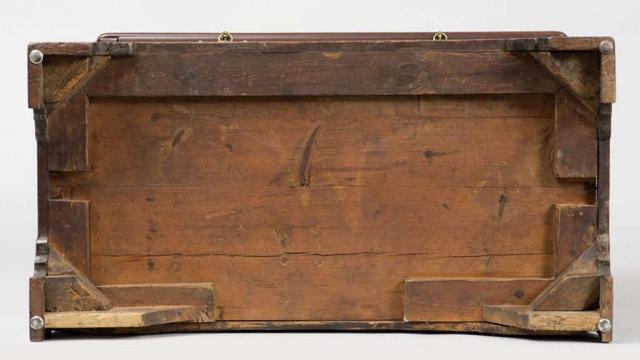 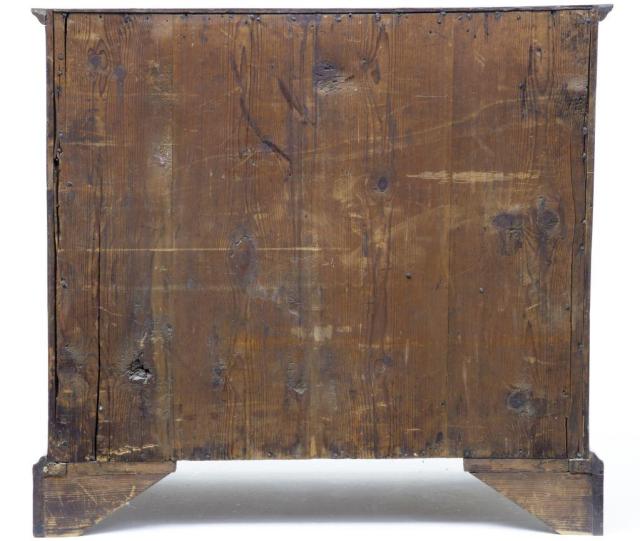 In this instance though, the bachelor chest’s packers are flush with the rear of the baseboard and the bottom backboard extends below the baseboard and packers, covering the rear pine brackets in a rather displeasing arrangement (fig. 5).

3 Responses to Picture This XIV