The high temperatures I mentioned in A George II Ash Bureau – Part Eight paled to those in the Tack Room.

Despite leaving the doors at either end of the shed open throughout the day to encourage a throughput of ‘cooler’ air, the temperature beneath the wriggly tin roof soared to 51.8°C (125°F) and the humidity reading was a meagre “10%” (the gauge is a bit fluffy below 15%).

The bureau was hot to the touch and I noticed several glue lines had become glossy. The join through the centre of the two-board fall eventually let go. This was a freak occurrence in unprecedented conditions; I won’t be modifying my techniques nor changing glues. 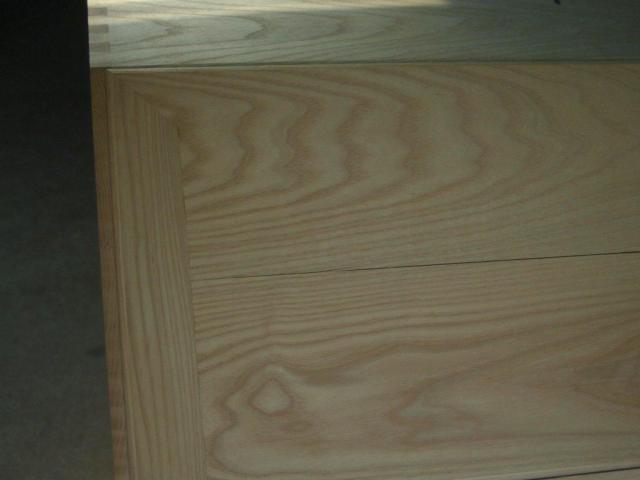 I’m not overly concerned about the split. If it closes up with a rise in humidity, I’ll incorporate it into the whole ageing and distressing regime. On the other hand, if the split remains unchanged (as I suspect it will), I will likely adopt some remedial step as otherwise the writing surface will be unduly compromised.

Formerly from the UK, Jack is a retired antiques dealer and self-taught woodworker, now living in Australia.
View all posts by Jack Plane →
This entry was posted in Case Furniture and tagged glue lines, split. Bookmark the permalink.