I recently came across this provincial tripod table dating from the end of the eighteenth-century; made from mahogany and what, from its colour, appears to be alder or Scots mahogany.

The circular dished and moulded table top is made from an attractive cut of mahogany (fig. 1).

The table base, however, is made from a cheap mahogany substitute which is riddled with furniture beetle flight holes (figs. 2, 3 & 4). 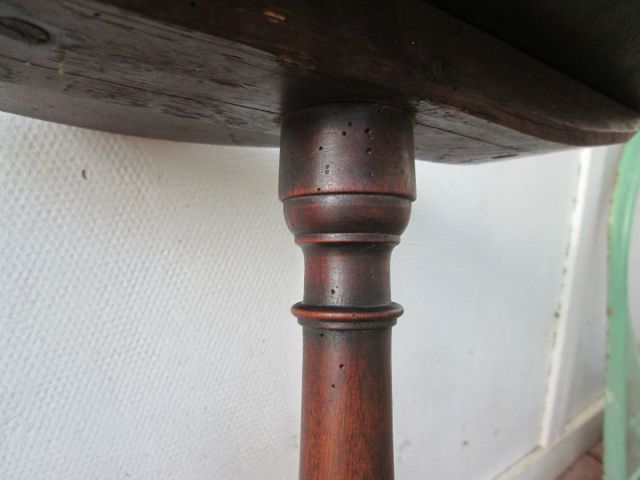 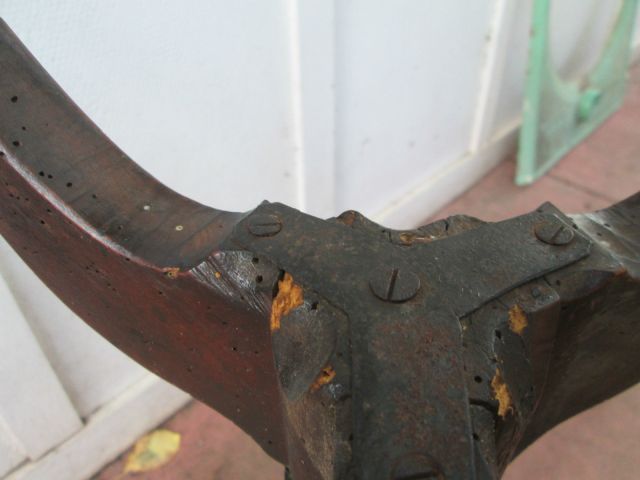 The table base is essentially a fragile honeycomb structure encased in a delicate skin comprising the unpalatable outer layers of wood fibres, polish and grime. Indeed, worm infestation has caused the failure of one of the legs (figs. 5 & 6). 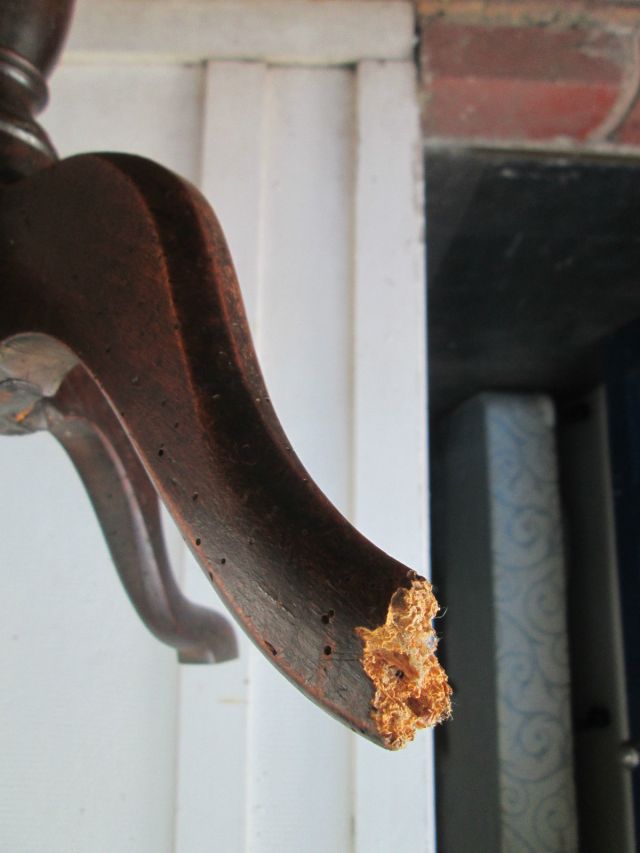 The table top’s bearer is made of oak and, due to its proximity to the worm infested column, has itself been attacked by woodworm (fig. 7). 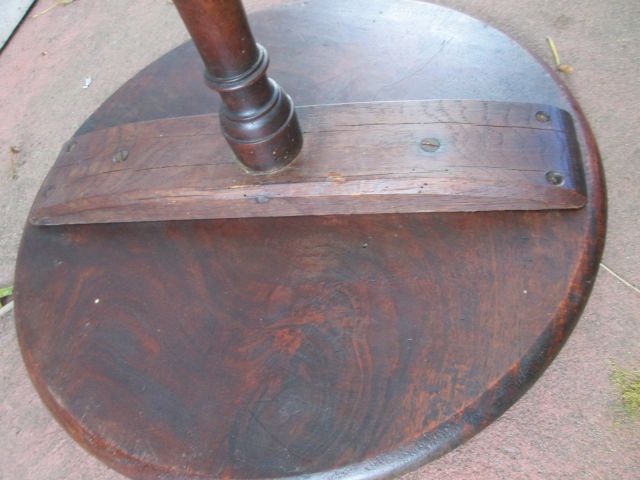 Formerly from the UK, Jack is a retired antiques dealer and self-taught woodworker, now living in Australia.
View all posts by Jack Plane →
This entry was posted in Antiques, Picture This and tagged alder, furniture beetle, mahogany, Scots mahogany, tripod table, woodworm. Bookmark the permalink.

8 Responses to Picture This XXVIII