A popular form of mid- to late eighteenth-century seating was the chair-back settee, in double-, triple-, and quadruple-back formats.

Chair-back settees are constructed in much the same vein as their single side chair counterparts: The main differences being the long, continuous front and rear seat rails, to which the legs are mortised, bridled or half-lapped. It’s also not uncommon for there to be fewer rear legs than front legs and rear legs/stiles are often separate (fig. 2).

A somewhat awkward remedy to counter the potential weakness of a paired-stile back (or other form where the crest rails wouldn’t naturally connect) is occasionally seen in the form of a continuous crest rail incorporating a carved motif or family crest (figs. 4 & 5).

The more prominent crest rails of side chairs with tapered backs permitted a much stronger arrangement to be routinely effected on commensurate chair-back settees by the use of a single continuous crest rail (figs. 1, 6 & 7). 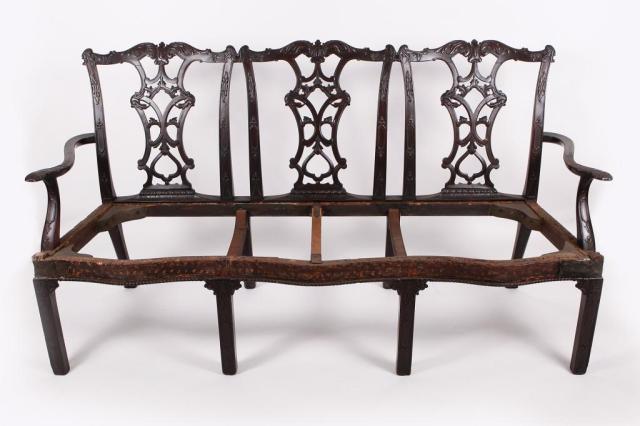 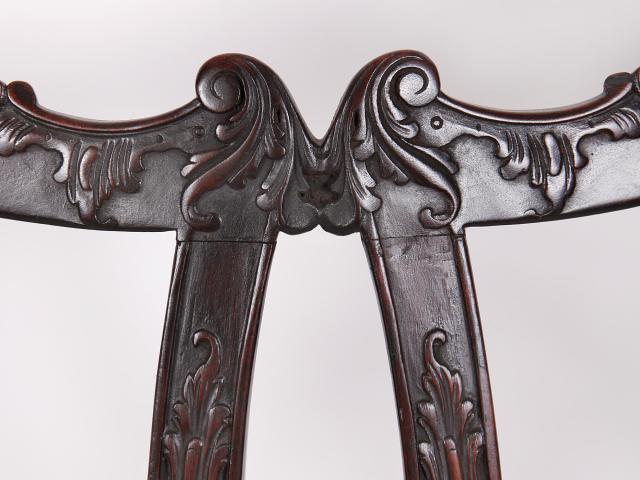 Chair-back settees remain popular, though their cost can be prohibitive for some. In the mid eighties, when I regularly did the auction rounds, a customer asked me to keep an eye out for a double chair-back settee for her. Given her budget, I didn’t fancy her chances, so I suggested an alternative: She had previously sent me a pair of rough Chippendale period mahogany side chairs to restore, which rather conveniently lent themselves to being converted into a settee. I grafted new wood onto the two crest rails and carved it in a way so as not to crowd the transition. I then made new front and rear seat rails and carried out the conversion in such a way that the whole appeared to be authentic.

I have since performed several settee conversions for customers and I have encountered several others’ less convincing attempts. For what ever reasons, others have simply joined the crest rails with no effort made to blend the transitions. On one conversion I was shown, the crest rails were simply connected with nails whose heads had been cut off and inserted into holes drilled into the interconnecting ends of the crest rails.

The settee in figures 8 and 9 has an unhappy back in which the heights of the unrealistically crammed crest rails don’t appear to correspond. 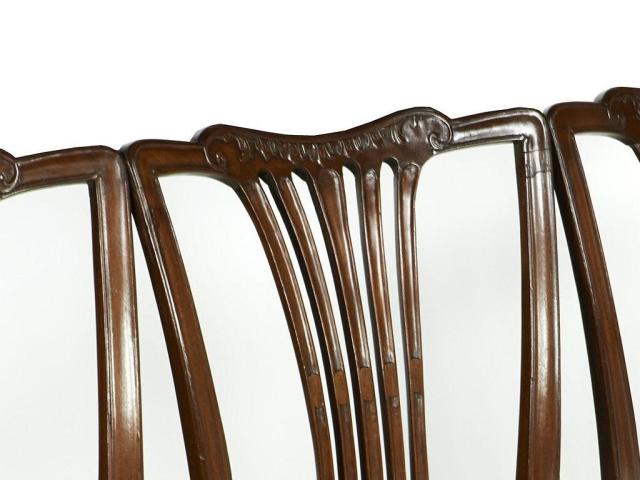