… chest of five chests of drawers that I’m making for the up-coming book.

The second chest of drawers is a five-drawer Queen Anne chest from around 1705. The pine carcase is veneered with (locally grown) English walnut and the figured mouldings are of (locally grown) Bastogne walnut. The drawer fronts are bordered with walnut feather banding.

The differences in construction between this chest and the previous, William and Mary chest are subtle, but nonetheless distinct. The constructional details will be explored in depth in the up-coming book – which same should also be of assistance to those interested in dating antique case furniture. 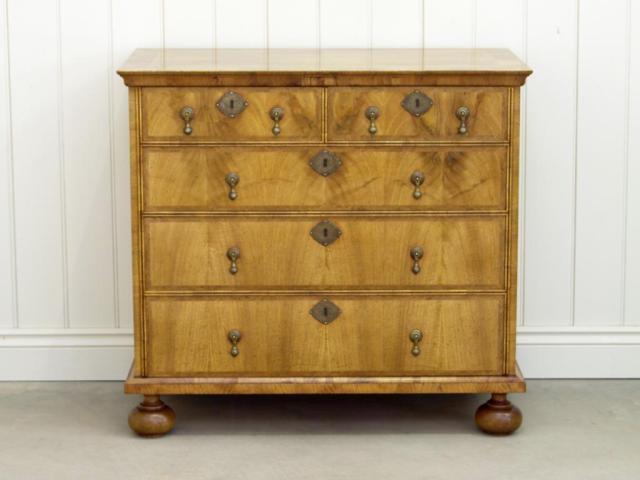 Formerly from the UK, Jack is a retired antiques dealer and self-taught woodworker, now living in Australia.
View all posts by Jack Plane →
This entry was posted in Books and tagged antiques, Bastogne walnut, chest of drawers, English Walnut, pine, Queen Anne, William and Mary. Bookmark the permalink.