In 2011, London art dealer and sleuth, Philip Mould, discovered an interesting eighteenth-century portrait of a seated woman wearing a hat. Mould purchased the painting which, once relieved of its accumulated grime, revealed a five O’clock shadow on the woman’s face. “What is so unusual about this portrait is that it is so brazenly demonstrative in a period when you don’t normally get that type of alternative persona expressed in portraiture. There is no attempt to soften his physiognomy – basically, he was a bloke in a dress with a hat.”

The subject of the painting, Charles Geneviève Louis Auguste André Timothée d’Éon de Beaumont (born on the 5th of October 1728), was a French soldier, spy and diplomat who was sent to London where he was instrumental in drafting the Treaty of Paris of 1763, drawing to a close the Seven Years War between Britain and France. 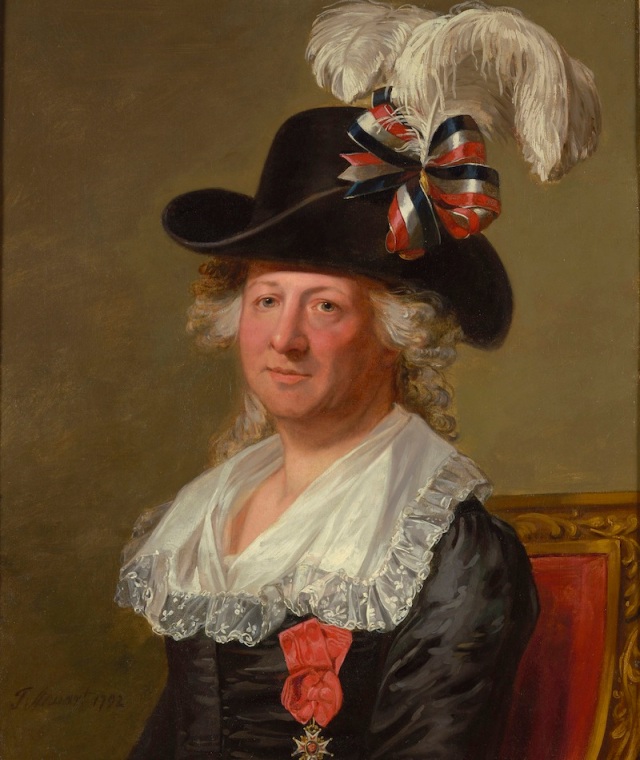 d’Éon enjoyed London and was not readily disposed to return to Paris despite being recalled by the French government. The British government declined a request to extradite d’Éon and the French eventually cut d’Éon’s pension in February 1764.

Bellicosity between d’Éon and the French government ensued; however, d’Éon’s silence was eventually bought by Louis XV with an annuity and d’Éon remained, temporarily, in London in political exile.

As a spy in Louis XV’s own Secret du Roi, d’Éon, dressed as a woman, had previously infiltrated the court of Empress Elizabeth of Russia and in 1775, claiming to have been born female, asked the French government to recognise him as a woman. Louis XVI consented, but stipulated d’Éon had to dress accordingly. He was allowed to return to France in 1777, but was banished to his birthplace at Tonnerre in Burgundy.

The British public were sympathetic towards d’Éon and welcomed him back to England in 1785 where he made a reasonable living performing fencing demonstrations.

Fig. 2. Alexandre-Auguste Robineau, The Fencing-Match between the Chevalier de Saint-George and the Chevalier d’Eon, circa 1787-9. (Royal Collection Trust)

Speculation as to d’Éon’s sexuality gained momentum and a wager was entertained on the London Stock Exchange, but d’Éon declined to be examined by a physician on the grounds it would be denigrating.

d’Éon fell into debt following a serious injury in 1796 and died impoverished on the 21st of May 1810 where, the attendant physician not only pronounced him dead, but male in every respect.

d’Éon gave his name to the Beaumont Society, which provides support to the transgendered community.

Formerly from the UK, Jack is a retired antiques dealer and self-taught woodworker, now living in Australia.
View all posts by Jack Plane →
This entry was posted in Antiques and tagged d'Éon, Secret du Roi, Seven Years' War. Bookmark the permalink.