I recently came across this chest-on-stand which typifies late seventeenth-century and early eighteenth-century japanning over a naïve tortoiseshell-painted ground. 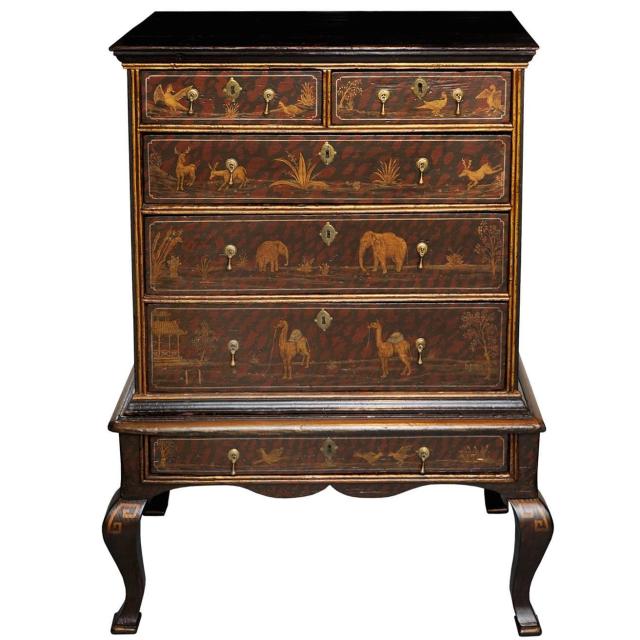 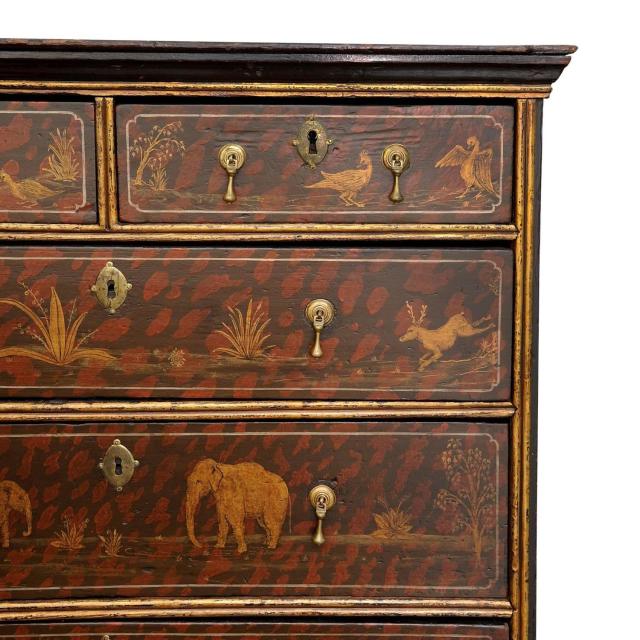 Formerly from the UK, Jack is a retired antiques dealer and self-taught woodworker, now living in Australia.
View all posts by Jack Plane →
This entry was posted in Picture This and tagged chest on stand, japanning, tortoiseshell, William and Mary. Bookmark the permalink.

11 Responses to Picture This LXIV