The most significant piece of Kentucky furniture to ever come to market shattered the record for furniture made in the Bluegrass State when it sold for $498,750 at Cowan’s Auctions on Saturday, October 21. 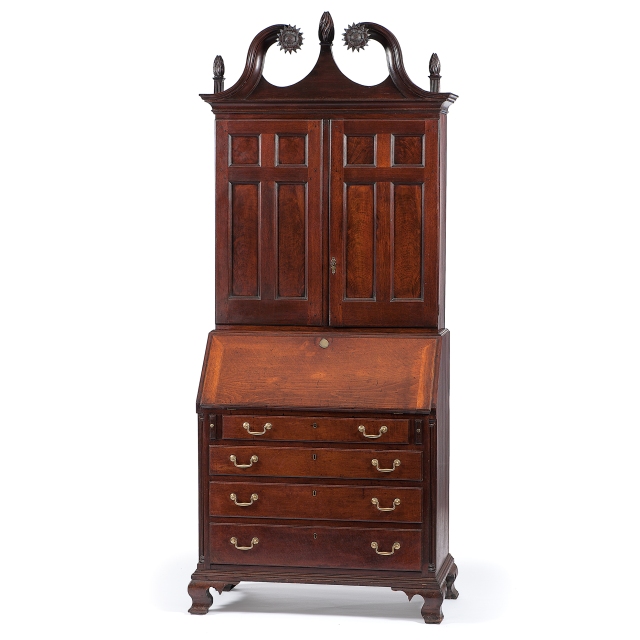 Wes Cowan, Cowan’s principal auctioneer and executive chairman (no relation to Captain John Cowan) said, “Importantly, the piece demonstrates conclusively that the market recognized this as an incomparable rarity. For scholars of Kentucky furniture it is validation for what some have said for years: that great high-style furniture was being made in the 18th century Bluegrass region.”

Captain John Cowan (1748 – 1823) was one of the first settlers of Kentucky in 1773 arriving with Thomas Bullit at the Falls of Ohio where he helped survey the land that is now Louisville. A year later, he was one of the founders of Harrod’s Town, the first permanent European settlement in Kentucky. By 1784, Cowan was a prominent enough citizen that his plantation was labeled on John Filson’s map of Kentucky, one of the first maps of the territory. At the top of that first map, Cowan, alongside Daniel Boone and four others, was acknowledged for his assistance in constructing what was said to be the most accurate Kentucky map of its time.

Formerly from the UK, Jack is a retired antiques dealer and self-taught woodworker, now living in Australia.
View all posts by Jack Plane →
This entry was posted in Antiques and tagged bookcase, Captain John Cowan, desk. Bookmark the permalink.