Londoner, Geoff Osler contacted me about an early eighteenth-century walnut bureau he is restoring. My ears pricked up when he mentioned he was removing the later bracket feet and reinstating original style threaded bun feet.

From the first half of the eighteenth-century, replacing late seventeenth- and early eighteenth-century bun feet with bracket feet was a straightforward and relatively commonplace modification to modernise early case furniture. 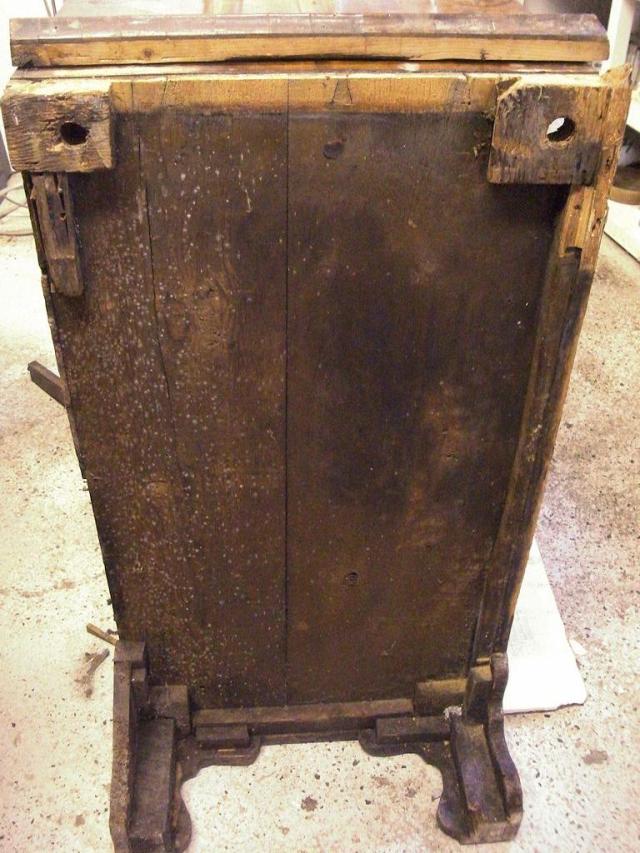 Most cabinetmakers would be familiar with thread boxes (fig. 3) – or other, more modern contrivances – for cutting male threads in wood, but prior to their adoption in the second half of the eighteenth-century; a much simpler tool was employed. 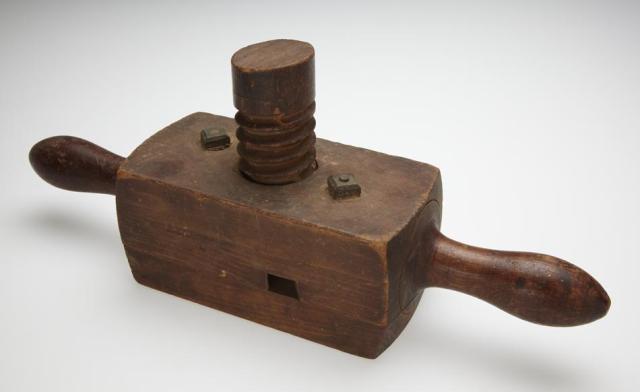 Fig. 3. Thread box and section of the wooden screw it produces.

The male threads on seventeenth-century and eighteenth-century bun feet would have been created on a lathe using a thread chaser (fig. 4) which can cut the threads right up to a bun foot’s shoulder – something thread boxes and their neoteric counterparts are incapable of.

It is also worth noting the configuration of the carcase’s dovetails in figure 1 and the thickness of the cross-grained walnut veneer used to skin the moulding in figure 2 (see also here).