After putting the stretcher together, it was veneered on top, inside and out; on all four sides with the exception of the outside back edge (fig. 2).

Fig. 2. The stretcher assembled and crossbanded.

With holes bored through the stretcher and also into the underside of the stand’s carcase, the legs, stretcher, feet, abaci and carcase were glued and assembled (fig. 3). 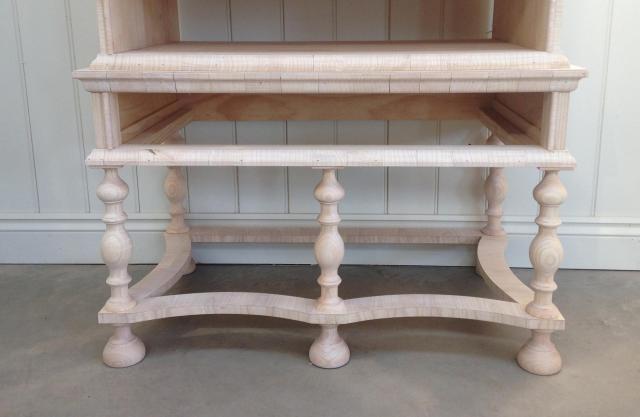 Formerly from the UK, Jack is a retired antiques dealer and self-taught woodworker, now living in Australia.
View all posts by Jack Plane →
This entry was posted in Case Furniture and tagged abaci, carcase, chest on stand, crossbanding, legs, stand, stretcher, veneer. Bookmark the permalink.